Today is Memorial Day.  While this federal holiday is looked at as a three-day weekend featuring retail sales and the start of the summer vacation season by many, we ask that you take a moment today to reflect on the enormous sacrifices made by the men and women who died in the service of our country’s armed forces.

The holiday, which is observed every year on the last Monday of May was previously known as Decoration Day and was created after the American Civil War to honor the Union and Confederate soldiers who died in the war. By the 20th century, Memorial Day was declared a day to honor all Americans who died while in the military service.

While you may be using the Memorial Day holiday to plan a three-day weekend getaway, family barbecue or get the inside skinny on major sales, we urge you to take some time to reflect on the ultimate sacrifice made by thousands of men and women who lose their lives protecting our freedom.  The American Civil War resulted in 212,938 lives lost, in World War II, 291,557 brave souls perished, 47,424 lives were lost in Vietnam and our war on terror has resulted in the loss of over 5,280 lives lost. 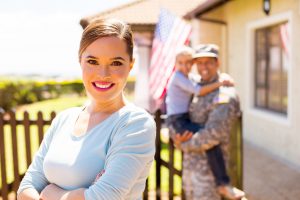 Considering paying your respects at one of our country’s national cemeteries, thanking any military men or women you know for their service and supporting your troops with care packages.  Organizations such as Soldiers’ Angels have many programs to support military families, deployed service members, wounded service members and veterans. Their programs are broken into categories based on the population they serve. Soldiers’ Angels offers programs for wounded, deployed and their families.

We leave you with some memorable quotes from American leaders:

“It doesn’t take a hero to order men into battle. It takes a hero to be one of those men who goes into battle.” – General Norman Schwarzkopf Jr.

“The price of freedom is eternal vigilance.” – President Thomas Jefferson

“A people that values its privileges above its principles soon loses both.” – President Dwight D. Eisenhower

“I don’t have to tell you how fragile this precious gift of freedom is. Every time we hear, watch, or read the news, we are reminded that liberty is a rare commodity in this world.” – President Ronald Reagan

“There is nothing wrong with America that cannot be cured with what is right in America.” – President Bill Clinton

“How important it is for us to recognize and celebrate our heroes and she-roes!” – Maya Angelou

“It is foolish and wrong to mourn the men who died. Rather we should thank God that such men lived.” — General George S. Patton

“Decoration Day is the most beautiful of our national holidays … The grim cannon have turned into palm branches, and the shell and shrapnel into peach blossoms.”  – Thomas Bailey Aldrich

“Patriotism is supporting your country all the time, and your government when it deserves it.” – Mark Twain

“Our nation owes a debt to its fallen heroes that we can never fully repay, but we can honor their sacrifice.” – President Barack Obama

“On thy grave the rain shall fall from the eyes of a mighty nation!” – Thomas William Parsons

“In the truest sense, freedom cannot be bestowed; it must be achieved.” – President Franklin D. Roosevelt

“Let every nation know, whether it wishes us well or ill, that we shall pay any price, bear any burden, meet any hardship, support any friend, oppose any foe to assure the survival and the success of liberty.” – President John F. Kennedy

“Guard against the impostures of pretended patriotism.” – President George Washington

“And they who for their country die shall fill an honored grave, for glory lights the soldier’s tomb, and beauty weeps the brave.” – Joseph Rodman Drake

“We come, not to mourn our dead soldiers, but to praise them.” – Francis A. Walker

“Heroism is not only in the man, but in the occasion.” – President Calvin Coolidge

“Although no sculptured marble should rise to their memory, nor engraved stone bear record of their deeds, yet will their remembrance be as lasting as the land they honored.” – Daniel Webster

“They hover as a cloud of witnesses above this Nation.” – Henry Ward Beecher

“The brave die never, though they sleep in dust: Their courage nerves a thousand living men.” – Minot J. Savage

“Our debt to the heroic men and valiant women in the service of our country can never be repaid. They have earned our undying gratitude. America will never forget their sacrifices.” – President Harry S. Truman

“For love of country, they accepted death.” – President James A. Garfield